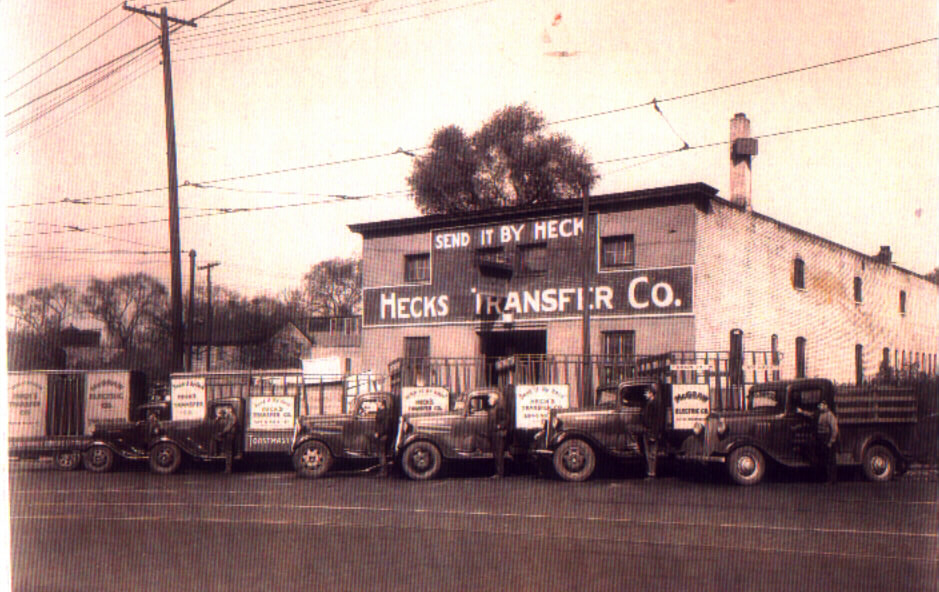 As I think of my father as a mortal with immortal qualities. I am reminded of a true story my father loved to tell. He had a contract to do all the trucking for Waters Genter Company. This was a large company that was the inventor and manufacturer of the electric pop-up toaster known as Toastmaster. It was his job to not only haul all of the freight into and out of the factory, but also to remove metal. For this service, he was paid a monthly fee, which was not dependent upon the volume of freight, rubbish and scrap.

My father began hauling for the Waters Genter Company in the twenties with one truck. Over the years, this company grew larger and my father's company, Heck's Transfer Company, also grew larger. This story took place in 1932, which was considered the depth of the depression and at which time my father had five trucks under contract to the company.

As my father told it, because of the hard times which resulted in a fall in

profits for the Waters Genter Company, they hired an efficiency expert to seek ways to cut costs. This expert had gone over all areas of the company and decided one area that they could cut was their hauling costs. This of course was my father's area. Mr. Genter put the word out that the next time my father was in the factory he was to report to his office. My father knew there was cost cutting going on and knew what Mr. Genter had in mind. He thought about it and when the time came he entered Mr. Genter's office dressed in his working clothes with his sleeves roiled up, and before Mr. Genter could tell him what was on his mind, my father told him what was on his mind. Mr. Genter, he blurted, I need more money. Mr. Genter laughed and said to his efficiency expert, I told you this was not going to be easy. As the story goes, my father with much negotiation did not take a cut but got a small raise.